Fiat 500e review: Innovation that shows a bright electric future for the Italian

Fiat 500e review: Innovation that shows a bright electric future for the Italian 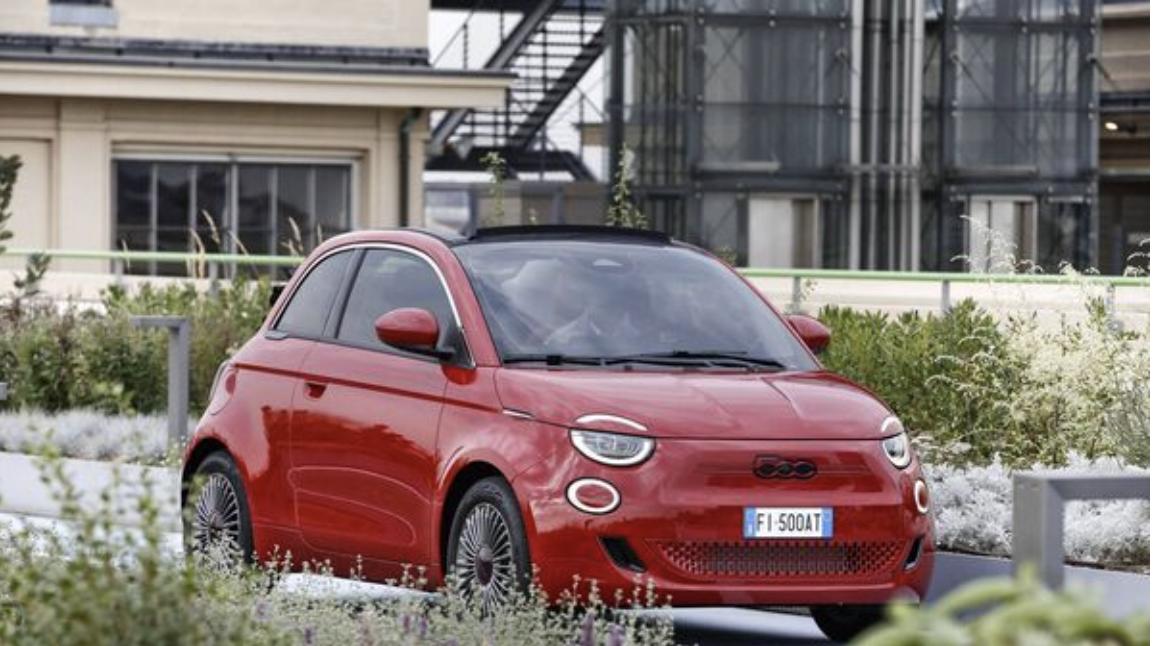 For over 70 years, whether you’ve happened to notice or not, the Fiat 500 has played a part in your life. Indeed, if you cared to look into
Fiat’s history, the car that preceded the 500 Nuova, was the 500 Topolino (which in Italian is literally translated into ‘small mouse,’ or more figuratively “Mickey Mouse”) and it began started production in the 1930s.
So the 500 has been around for a while in one form or another and, back in 2007 Fiat decided to relaunch it once more, except this time more as a homage to the 1957 version, designed by the legendary in-house stylist Dante Giacosa and it is this version that has been the most familiar with modern buyers.
The newest 500 had already has several facelifts and only recently came the most radical of them when the Turin manufacturer redesigned it completely – without losing its retro chic – to bring it into the new and wonderful world of electric motoring.
But here in Ireland, where Fiat was once a sales (and manufacturing) powerhouse, we very nearly missed out on a lot of the 500’s recent history because the managers in Turin decided that Ireland wasn’t such an important market for them, so they pretty much shut down operations here.
For those of us with a love of all things Italian, this was nothing short of a disaster as Ireland was treated as little short of a sub-office of the UK operation and, frankly, the Brits didn’t care about Ireland and, as a result great brands such as Fiat, Alfa, Lancia almost vanished up their own exhaust pipe.
Fiat – and all its ancillary brands – have since become part of the Stellantis automotive monster which now also includes such as Peugeot, Citroen and as part of that transformation, here in Ireland, responsibility for Fiat, Alfa, Jeep and so forth, has gone to the Gowan Group, who for years ran the Peugeot and Citroen franchises with considerable success. 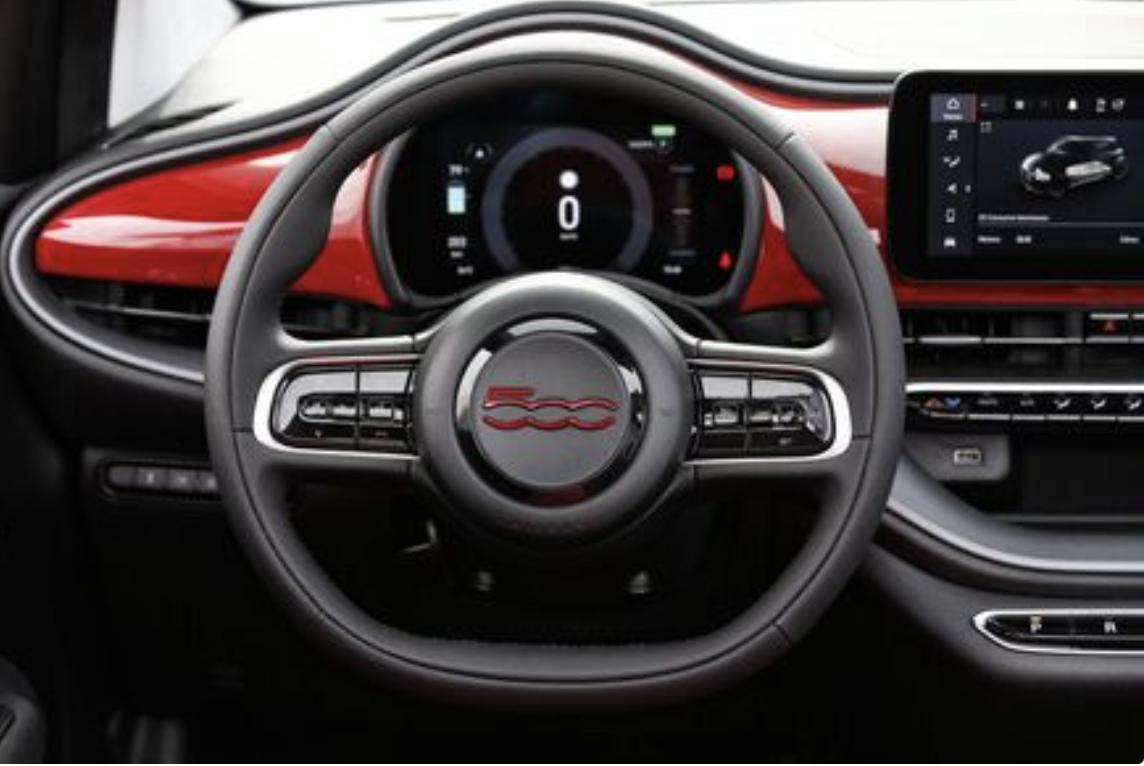 Gowan has already expressed its determination to breathe new life into these almost moribund brands and for the few dealers left in the country with any fealty left to the Italian marques, this is a complete godsend.
So, for the first time in some considerable time, we at Examiner Motoring got to try a new Fiat and I must say it was a pleasure to reconnect with what we’ve been missing, even if this was a mere electric and for as long as I can remember Fiat was all about the internal combustion engine, from screaming three pots, through twin cam four cylinders and on to the occasional bit of V6 madness.
The ICE – the petrol ones more than the diesels ones – have always been part of the Fiat DNA, so it is somewhat strange to be addressing something from Turin with an electric motor. Although, having said that, I remember a time in the mid-90’s when Fiat was marketing the Cinquecento, their then take on the 500 concept.
That particular car was largely a petrol only vehicle, but Fiat did make a stab at an electric one and what a Neanderthal thing it was. It had batteries the size of Co. Louth and a range of about 20 km. Whatever it was, it was not a vision of the future. 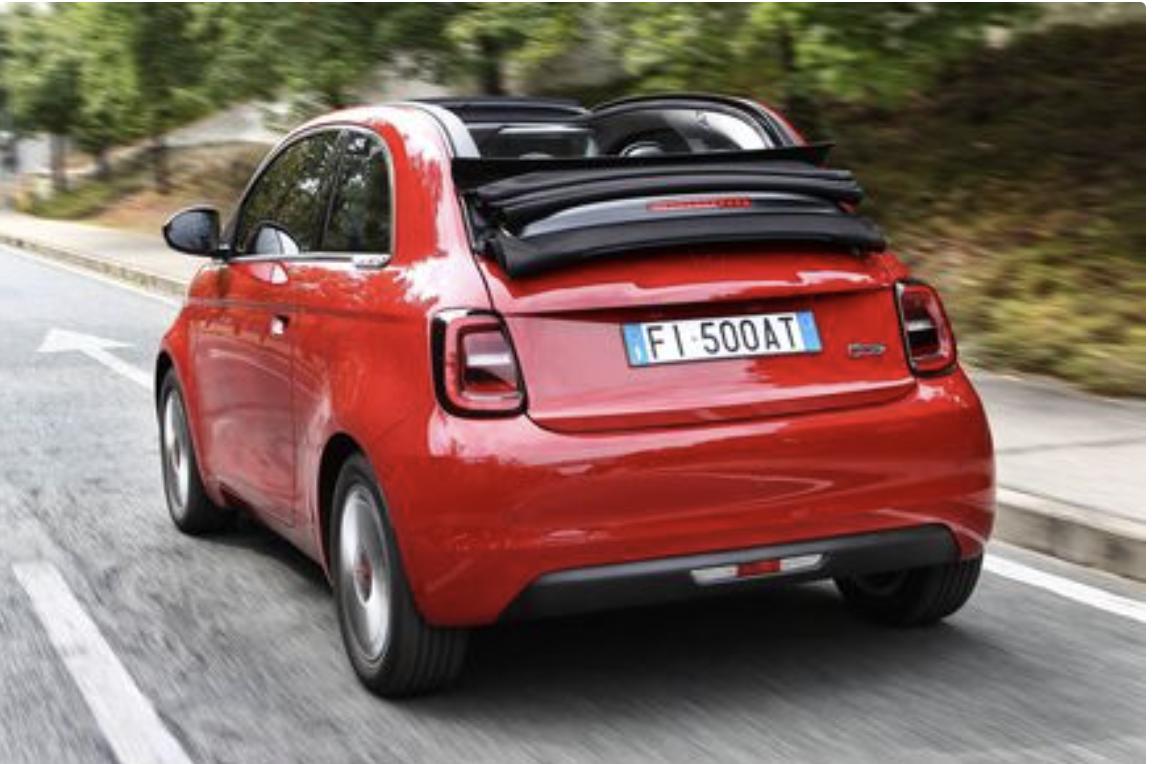 This time around, though, and Fiat has pulled out all the stops and with the new 500e it has produced a car that not only fulfils the retro-chic needs of the modern car and its potential owners, but it also cuts quite a dash when it comes to the important little matter of range.

When I collected the 500e it was not quite fully topped up but showing a range of some 185 km (the max is allegedly 320 km) and that gave me confidence that I could fulfil the job at hand – getting from Cork city to West Cork – without inducing a hernia.
Now I must say that my task was made a little more complicated by the fact I had volunteered to collect a family friend – Fiona – from Cork airport and bring her west with me. The last thing I wanted on this venture was to run out of juice somewhere around Durrus, bringing shame and opprobrium on me, my friend and this delightful little car.
Despite having to run a few errands around town before my airport pick-up, I still had some 165 km left in the tank, but still had few fears about making the trip. I’m not sure that was the case with Fiona, a doughty and straight-talking Yorkshire woman, when she emerged from the arrivals to see me outside in a pinkish (I’m not sure what the official colour is called, but it looked pinkish to me) Fiat 500. 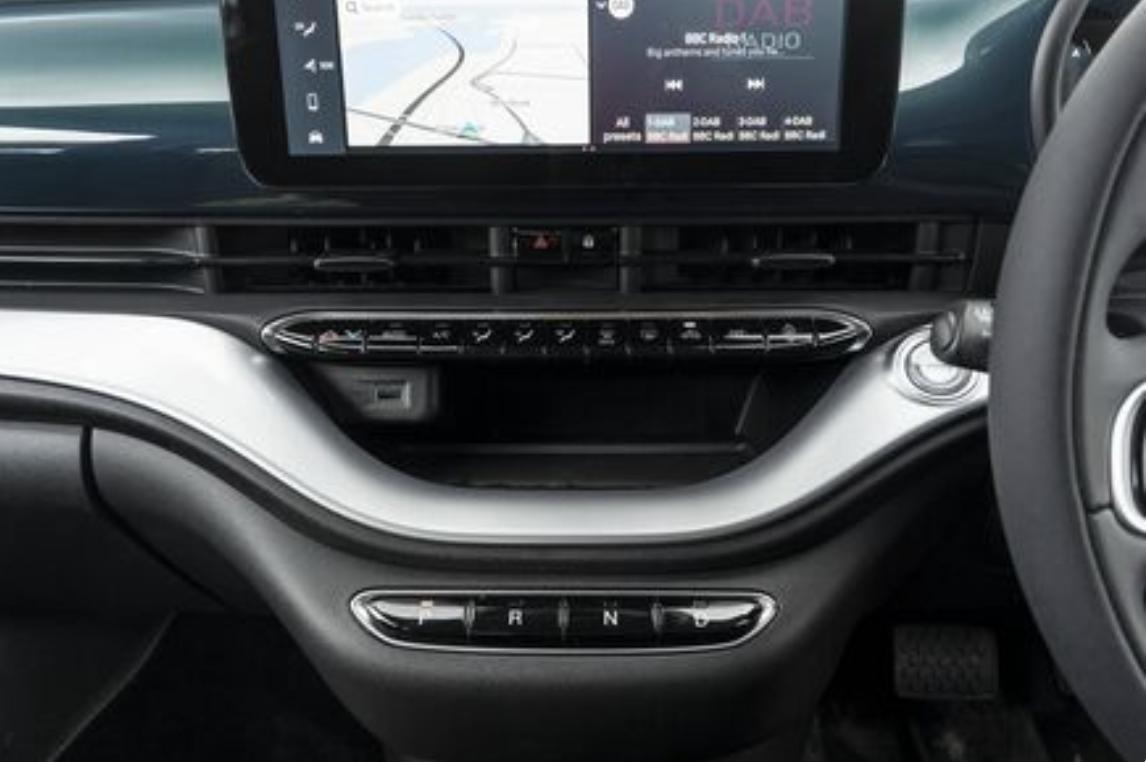 In fairness she was not unduly shocked by the mode of transport – or at very least she did an excellent job of hiding it if she was – and seemed game ball for a longish spin in the thing. Initially her fears might have been exacerbated by the size of the cabin – it’s tiny and the back seats are seats in name only – but she settled in quickly despite any fears of claustrophobia.
Although not I was not giving the car holly and was being very reserved in general, Fiona was soon able to tell me that it “’andled well” and was surprisingly comfortable, all things considered.
I had arrived at a similar conclusion myself some time earlier and I must say I found the 500e to be a very darty little thing with no on-road nerves and no handling foibles. The steering was direct and quick and the flat-bottomed steering wheel was a joy to sit behind. Indeed the cabin of the 500e was a joy to sit and live in and the clever touches the Fiat designers have built in to the La Prima spec. version we tried was full of natty abundance – to the point where it is a certified ‘Autonomy 2’ level car, which means it will do a lot of stuff on its own if you want it to.
There are times in this gig when you come across something and it immediately impales itself on your consciousness and the 500e was one of those cars. Feelings of this nature are often transient and one can regret first impressions, but I’m long enough in the tooth at this stage to know when something is good, it is usually very good.
In this case – so much so, in fact – I was left wondering why it had not been included in the list of European Car of the Year final nominees. Perhaps it was because of its size, I’m not sure. But after my time with this dynamic little car, I felt it would have been a very worthy finalist. 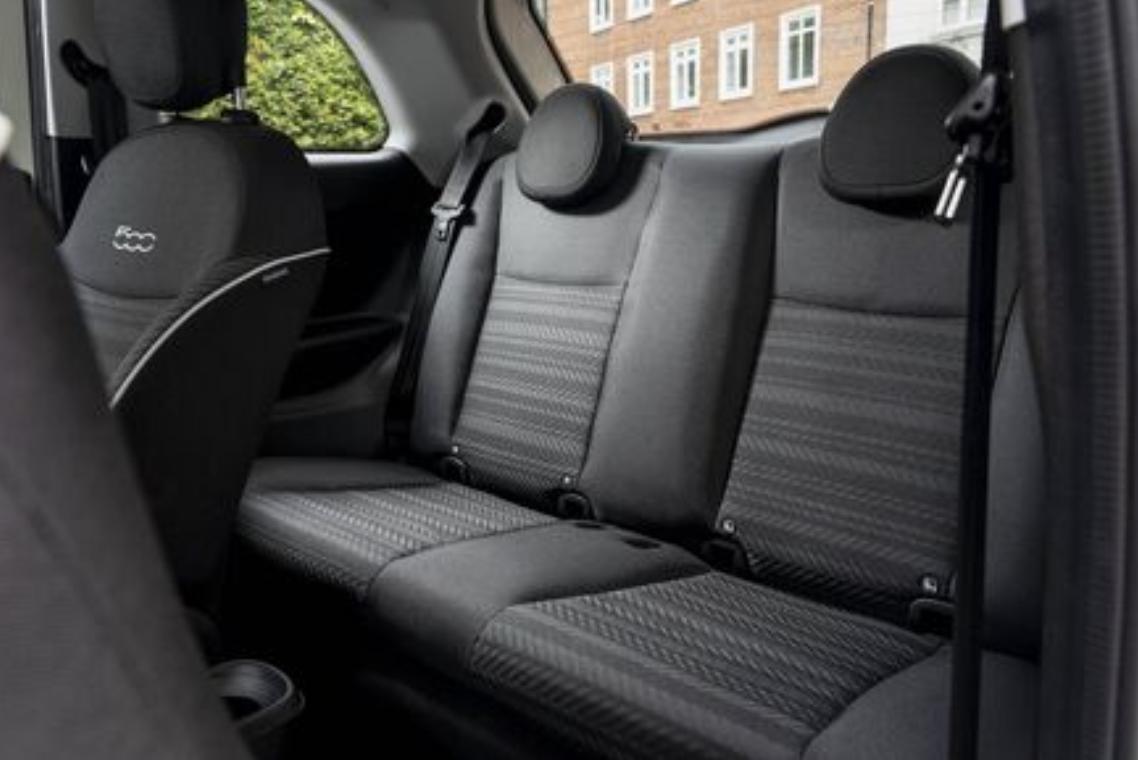 Sure, it is diminutive and it really is only a city car, but for all that it is still a brilliant little thing full of surprising and gorgeous detail, as well as no little ability.
I did complete my journey to West Cork with plenty of range in hand and whatever prior anxiety I had had on that front was erased forever.
Certainly it is not a car you’re going to be taking to Donegal for a day trip, but that’s not what it is intended for. It is intended as a stylish – and very green – little machine which has been designed to specific parameters with a thoughtfulness and a level of innovation that is generally sadly lacking across the small electric car segment.
I loved it to bits and I was even more thrilled that not alone have FIAT once again got (some) great product, but it is now going to be widely available to an Irish audience. About bloody time.